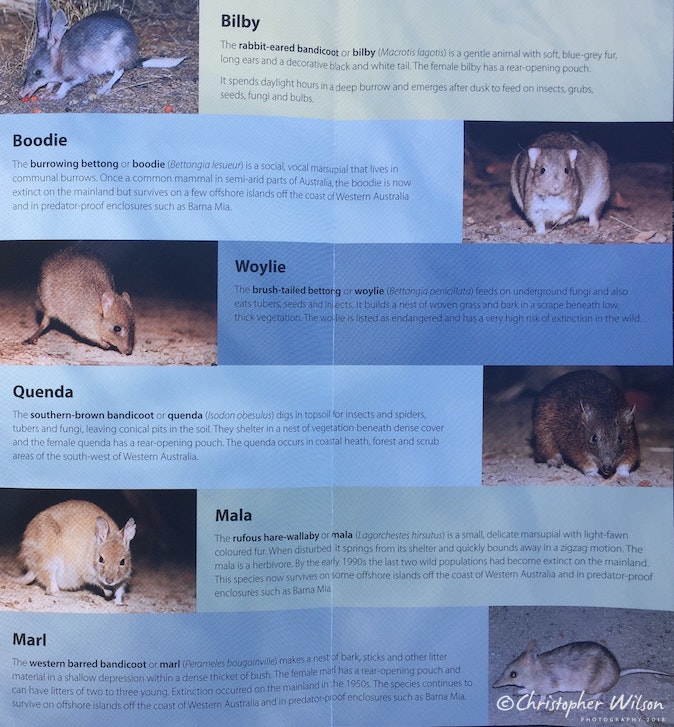 Well the stay at Lane Poole Reserve was indeed very relaxing. We only had one issue, in that the campsite, which we had to book sight unseen on the internet, was totally shaded, the only one like that within the camp ground. However, with a little bit of ingenuity we got through, as far as power was concerned. The facilities in this park are new and nothing short of fantastic. We even had room to set up our privacy tent, so could have showers from our solar hot water shower kit. That is a black bag you fill with water and leave it in the sun for a couple of hours. It is really refreshing having a shower in the bush.

The first day we ran into a couple of experienced bird watchers who gave Louise a few hints of where to go to see the best range of birds in the park. So next morning we drove to the best spot and walked along the river spotting what we could.

In the afternoon we went back to camp and vegged out. The next day we went into the nearest town, which is Dwellingup. It is a small timber town in the heart of the Jarrah Forest of around 300 people. A visit to the information centre gave us a small glimpse into the towns past. There is a big display also of the towns most horrific event, being totally destroyed by bush fires in 1961. Almost every building was raised, except the pub and primary school, and yet no lives were lost despite hundreds being trapped in the town with no escape. There is a film you can watch and being an old bush fire fighter I just had to see the film. It was very moving as survivors retold their stories.

We were also pointed towards a forest information centre, which we also visited. It had the full history of the jarrah industry and how the Lane Poole park came into being. Most of the timber felled in this area was used as road pavers, destined for the UK or South Africa, as well as for domestic railway sleepers. In the early 1900’s the head of the forestry department saw that unless something was done the finite timber resource would vanish. So he put in place a system of reserves, and replanting programs, that was stepped up some years later by another Forestry head, Lane Poole, who the park is named after. Jarrah takes an extremely long time to reach maturity. They had cross sections from two trees, one felled in 1998 and the other in 2005. One tree was dated as stating growing in 1705, the other in 1700.  In fact we saw a re growth forest planted in 1920 to 1930 and the trees were only about 40 cms in circumference. The tree that grew from 1700 was about a metre.

One interesting fact about Jarah and why it succeeds in a climate where other trees can't, is that it is able to send down very long tap roots that find the water table way below. And so the crown cover survives the long dry spells of the Mediterranean climate.

They also had a walk through a forest area that showed off the different seasons. We were able to photograph some interesting wild flowers.

On the last day we visited another area of the park where Louise went bird spotting while I was off photographing some small water falls and rapids.

Thursday we were up early, packed up and headed off to Dryandra. As we left the forest we emerged into the open plains of the southern wheatbelt. This is indeed beautiful country and it was a very pleasant 3 hour drive. We did come across a bauxite mine, that had an information bay giving you all the details of the mine and their regeneration work as they progress.

We arrived in Dryandra in the early afternoon and quickly found a sunny camp spot in one of the two camp grounds here. Again all new and excellent facilities. The next morning we took off and did one of the many walks through the forest. The Woodland here is totally different to Lane Poole, more akin in some areas of Victoria's Malley region. Interesting still the same. On the walk we photographed many wild flowers. They are very petite and colourful, in what is a very dry landscape. On the walk we came across an echidna and a local goanna (Bungarra).

On Friday night we took the nocturnal tour which was the main reason why we came here. The tour was post dinner, and we were joined by three other couples. They have two heavily fenced areas in the park where they are re-establishing several threatened species, including the bilbie. Most of the species have  disappeared from the mainland, so breeding stock was sourced from islands off WA were there are no cats and foxes. To relocate them here they had to create two isolation areas, which they have done, which are to be Amalgamated into a 1000 hectare sanctuary. Walking into this place is like walking into a prison. High fences with big over hangs and three strands of electrified wire to keep out  foxes and wild cats. It is working.

When we went outside after the briefing, we came across Bilbys, woylies, boodies, quandas and Marla but not any marls. Food in the form of pellets were put out and they all flocked around to eat. No fear, between our legs. Because we're we're seeing them under infa red light, we did not spook them. At the end two brush tail possums joined in on the fun. These are wild animals, any sudden movement or strange noise sends them darting off for cover. It was indeed a great and informative 2 hours, and we totally enjoyed it. We got back to camp at 9pm and being way past our bed time went straight to bed.

In this park there are wild numbats which a day animals. The guide told us that they had been sighted on the ochre trail so on Saturday morning we set off to do the five Klms walk in the hope of finding them. The range for a numbats is about 20 square kilometres, so you guessed it we didn't see any, but plenty of beautiful wild flowers and another echidna. We also walked through a mallet Woodland. The mallet tree was highly prized for tannin. Its bark was very rich in tannin which was used for tanning leather and making inks. As synthetics replaced the natural product in the mid sixties, but not before replanting was done to protect this resource. Part of this Woodland is a result of the replantings. The wood being very hard is used mainly today for tool handles and fencing.

The wild flowers here are particularly dainty and pretty. The tannin from the trees stops many species from growing, so the flowers are sparse but scattered throughout the understory. Little bits a colour in what would be a drab landscape without them.

In the afternoon we did the 25klm drive around the park  that have various stations describing the area. It was very interesting, and led to the taking of a lot more photos of wild flowers.

Tomorrow we Are off to Wave Rock and will spend 3 Days in thar area.